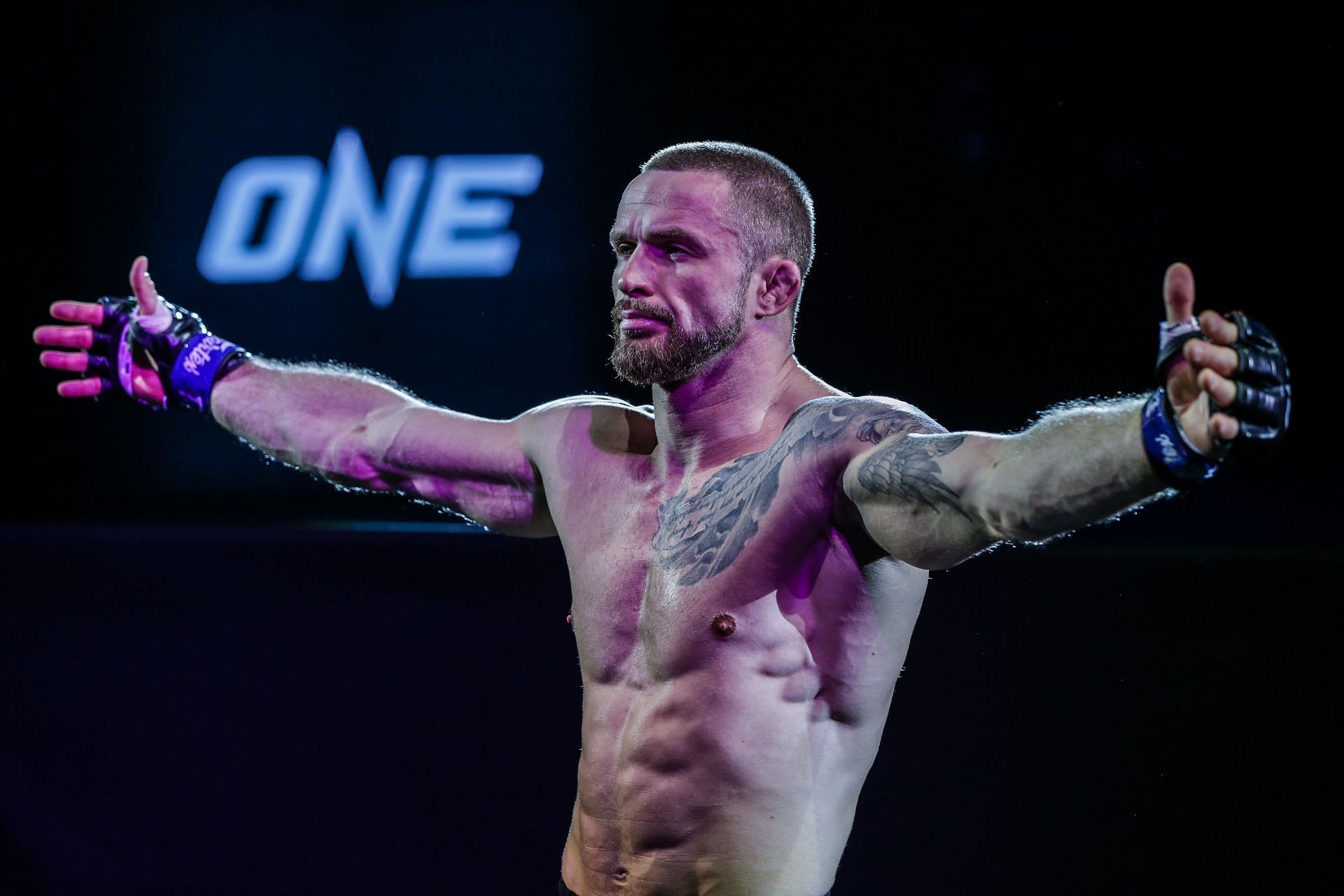 Vitaly Bigdash will have the opportunity to reclaim ONE Championship gold when he takes on defending champion Reinier de Ridder at ONE 159 on July 22.

The Russian picked up three straight wins en route to a title opportunity, but it was his epic submission win over Fan Rong at ONE: Winter Warriors 2 that sealed the deal.

ONE Championship recently posted a video of the Bigdash vs. Rong fight on their YouTube channel, reminding everyone of the Russian’s impressive submission that night.

“Before Russian powerhouse Vitaly Bigdash challenges ONE two-division world champion Reinier de Ridder for the middleweight crown at ONE 159 on July 22, relive his sensational submission of Chinese warrior Fan Rong in December 2021!”

Watch the full video below:

After his submission over Rong, Bigdash picked up a win over rival Aung La N Sang in their trilogy bout to make it three straight wins. Now the traditional wrestler will be able to test his skills against a relentless submission machine in “The Dutch Knight”.

Bigdash excels at chainfighting against the fence, weighing down opponents heavily and making them more susceptible to his strong body locks and single-leg takedowns.

The Russian’s key to victory will be smothering the champion with constant pressure, potentially crushing a five-round decision.

If Vitaly Bigdash succeeds in reclaiming his middleweight championship from ‘The Dutch Knight’ on July 22, he could still have business with the current champion.

In an interview with ONE Championship, the 37-year-old said his goal is to become a two-division champion before hanging up the gloves:

“To become champion in two weight classes – that’s my life goal now. But let’s not rush it, let’s take it up a notch and if I’m supposed to win it, then that’s how it’s going to be.”

It would be similar to how de Ridder beat Aung La N Sang for the middleweight title in 2020 and then won the light heavyweight title from Sang six months later.

Do you think Vitaly Bigdash could upset Reinier de Ridder or will ‘The Dutch Knight’ maintain their unbeaten streak at ONE 159?