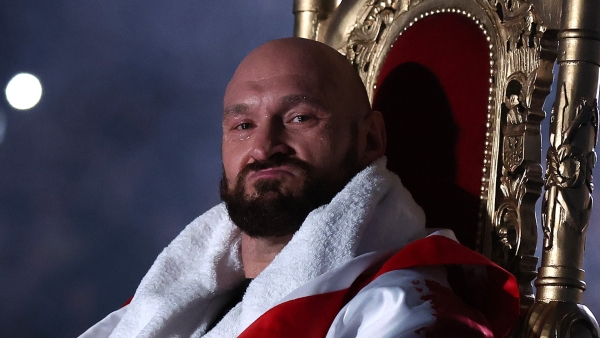 Jake Paul will return to the ring to face UFC legend Anderson Silva at Gila River Arena in Phoenix on October 29.

Paul hasn’t fought since his sixth-round knockout of Tyron Woodley in December 2021, his second of two wins over the former UFC welterweight champion.

Prior to that, Paul knocked out Ben Askren and after defeating Woodley for the second time, he was scheduled to face Tommy Fury and Hasim Rahman Jr. before both fights fell apart in August.

YouTube star Paul has made a bit of a name for himself for battling former octagon pros, with the next challenge coming against former UFC middleweight champion Silva.

While holding the record for most consecutive UFC wins (16), Silva, 47, is 3-1 as a professional boxer, beating Julio Cesar Chavez and the former heavyweight champion UFC lightweight Tito Ortiz.

He retired from mixed martial arts in 2020 after five losses in his last six fights, albeit against world-class opponents.

The fight will be contested at 187 pounds in eight three-minute rounds, the weight Paul claims Anderson’s team has requested.

“The plan is for me to fight at 185 [pounds] moving forward and that’s what I wanted for this fight considering that was the weight Anderson Silva fought with during his reign as the most dominant UFC champion of all time “Paul told ESPN.

“Anderson’s team asked if we could set the weight at 187, two pounds heavier than I wanted. That level of professionalism and precision is appreciated, and of course I agreed to his request.”

Paul praised Anderson’s abilities with a statement to announce the matchup, highlighting his win over Chavez as proof of his boxing ability.

“Anderson ‘The Spider’ Silva is the most versatile fighter the world has ever seen,” the statement read. “Just a year ago, he outclassed boxing champion Julio Cesar Chavez Jr. and showed the world why he is often considered the greatest fighter of all time.

“Well, to all the non-believers – Jake Paul fights Anderson Silva. It’s an honor to have the opportunity to share the ring with the greatest UFC forward of all time.

“On Saturday, October 29, I will humbly step into the ring, touch gloves with a living legend, and do my best to exterminate ‘The Spider’.”