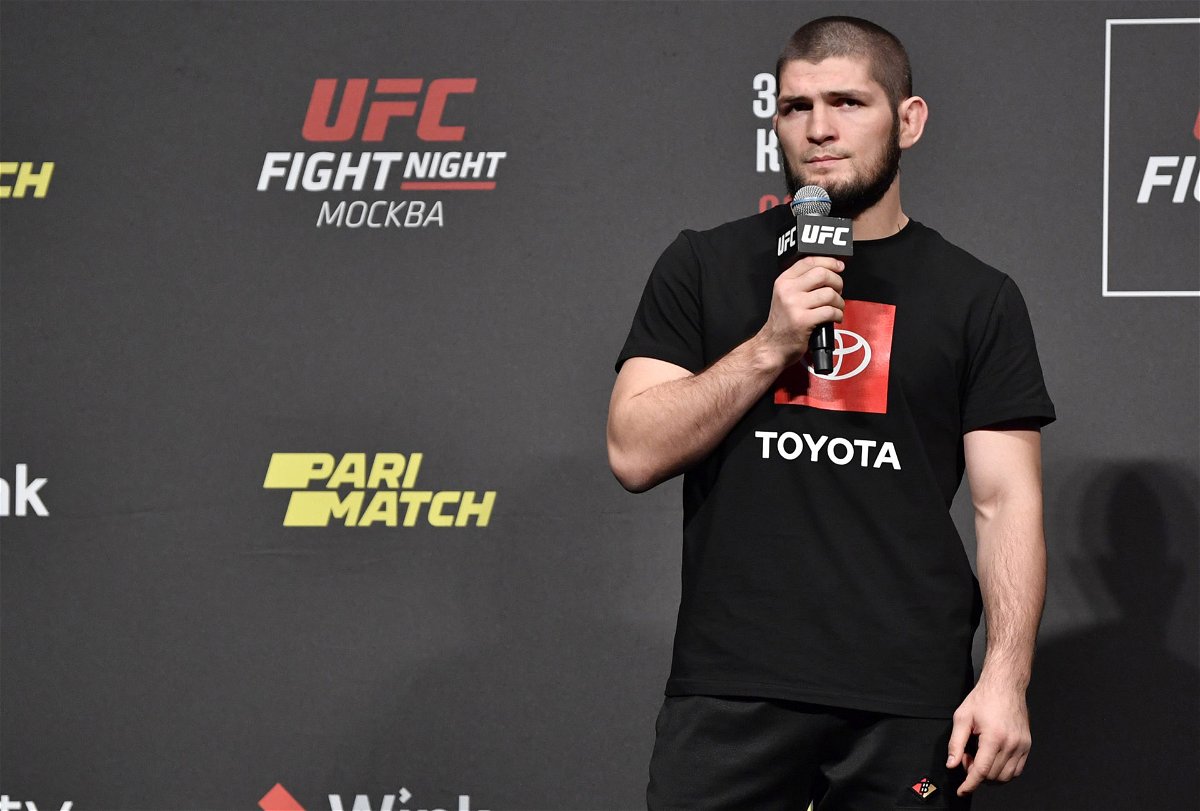 After retiring from professional fighting, Khabib Nurmagomedov worked on his other businesses. One of them is an MMA promotion in Russia, Eagle FC. Previously named Gorilla FC, ‘The Eagle’ renamed it after its nickname and built this promotion to launch some excellent fighters from Russia.

With Eagle FC having gained immense popularity, the promotion will make its US debut with Eagle FC 44 next month in Miami. The first press conference for the event will take place in Miami on December 15. Prior to the event, â€œThe Eagleâ€ appeared in an interview with Red Corner MMA.

â€œWe’re going to pretend some weights can be different, like a system wants to change. Not everything, like some small things perhaps. No little things like we’re going to do like the rest of them, we’re going to use other systems from other sports, you know. “

â€œIn my league, we’re going to change the system. As if we are going to become very important in the world in the United States here, in Russia of course. In the Middle East, yes, we have plans. Who knows, as I can’t talk about everything. Like because I have a press conference, you know, and yeah. I’ll be releasing some big news on December 15th at the FLX Arena.

‘The Eagle’ is making great strides in the Eagle Fighting Championship. The next event, Eagle FC 44, takes place on January 28 next year and will mark the return of former UFC light heavyweight champion Rashad Evans.

UFC Hall of Fame @SugaRashadEvans will come out of retirement to fight @TeamKhabibfirst US card Jan. 28 in Miami at Eagle FC 44. Plans are for it to be a lightweight fight, but no opponent yet

Evans has faced off against some of the notable names in the UFC. He became the light heavyweight champion by defeating Forrest Griffin at UFC 92. However, the former champion retired from the sport after suffering five consecutive losses in 2018.

Now that the Dagestan son has signed the UFC Hall of Fame for his MMA promotion, he will be competing in what will most likely be a light heavyweight contest. However, there is no announcement yet regarding his opponent.

Even though ‘The Eagle’ has retired from professional fighting, he is making some intriguing moves in the sport. And after such incredible signings, fans will be delighted to see what Nurmagomedov does next with Eagle FC.

What do you think of Khabib’s claim that he will change the system? Let us know in the comments below.