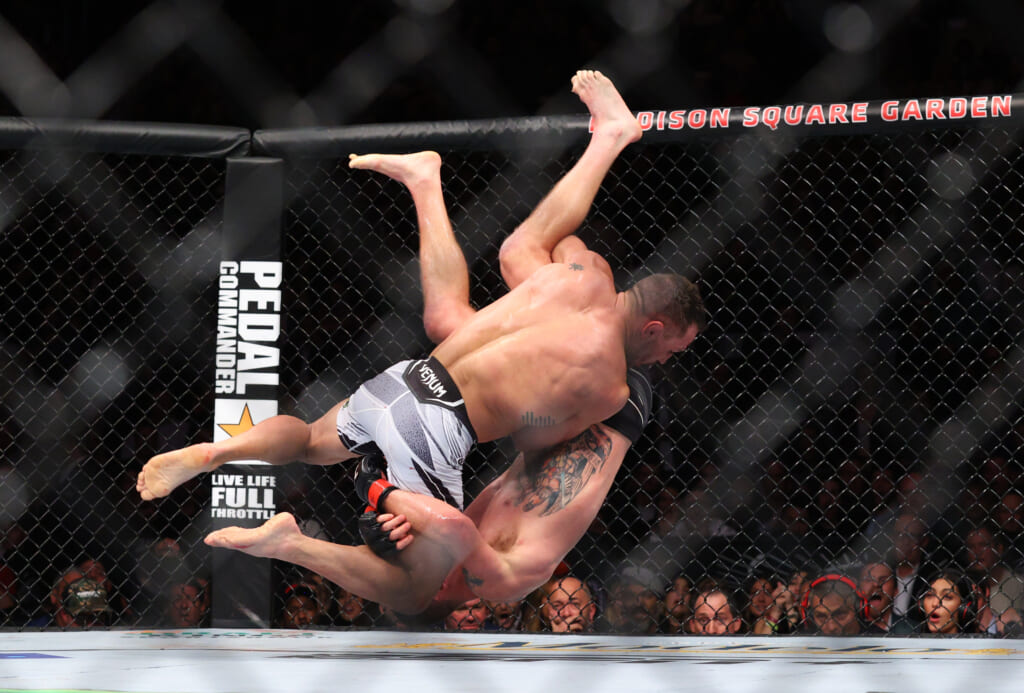 What is the best martial art for the UFC?

What is the best martial art for the UFC? It’s a question new MMA fans will often ask themselves in the formative stages of their cage fighting fandom. However, it’s a reasonable question for a combat sport that combines combat arts from around the world.

But is there one art that stands out from the rest as the martial art that wins the most fights in the UFC?

What are the most formidable martial arts in the UFC?

MMA is the most unique fighting sport in the world because it allows competitors to use the style of fighting that suits them best. Athletes who consider judo, muay thai, wushu, sambo, wrestling, kickboxing, Brazilian jiu-jitsu and many more as their core martial art have participated in this sport. However, some arts have proven to be more effective base styles than others over the UFC’s nearly 30-year history.

Wrestling has two dominant styles which are not only Olympic sports but have also been very powerful in cage fighting. The first is folk wrestling, which is a grappling art that emphasizes shooting for leg takedowns and features a wide range of techniques to get opponents to the mat and keep them there. UFC welterweight great Georges St-Pierre used this style of wrestling to have one of the most dominant championships in the promotion’s history.

The other style is Greco-Roman. Unlike folk, Greco-Roman is based on a variety of different moves and throws that begin in a standing clinch position. Octagon legend Randy Couture used his elite Greco-Roman skills to become one of the first UFC fighters to win titles in two divisions.

The UFC and Royce Gracie helped make the Gracie family’s version of Japanese jiu-jitsu a martial art studied around the world. Like wrestling, Brazilian jiu-jitsu is a fighting art that seeks to knock enemies off their feet and put them on the mat. However, where it differs from wrestling is in the multitude of options to end fights by causing enemies to fall asleep, break limbs, or tear ligaments.

There are a plethora of standing martial arts options for UFC fighters, but the style that has come to the fore over the past 15 years has been Muay Thai. It’s a fighting style that makes fists and kicks weapons of destruction, but also includes hand-to-hand combat techniques with a fair amount of movement. It’s a style that former UFC middleweight king Anderson Silva used to take him to the top of the sport and become one of the greatest fighters in Octagon history.

Which martial art wins the most fights in the UFC?

Wrestling, BJJ, and Muay Thai are all great styles that have been used by a diverse group of UFC veterans as a staple on their journey to becoming elite talents and champions. However, courage, grind and the controlling nature of wrestling is the king of all arts that come into play during an MMA fight.

Being able to dictate where a fight takes place is the ultimate asset. An experienced wrestler can decide to take the action to the ground, punch their opponents, or tie them to a pretzel. However, wrestlers who are well-rounded and like to get into a fight can end any takedown attempts against them and force a fight to be a stand-up war.