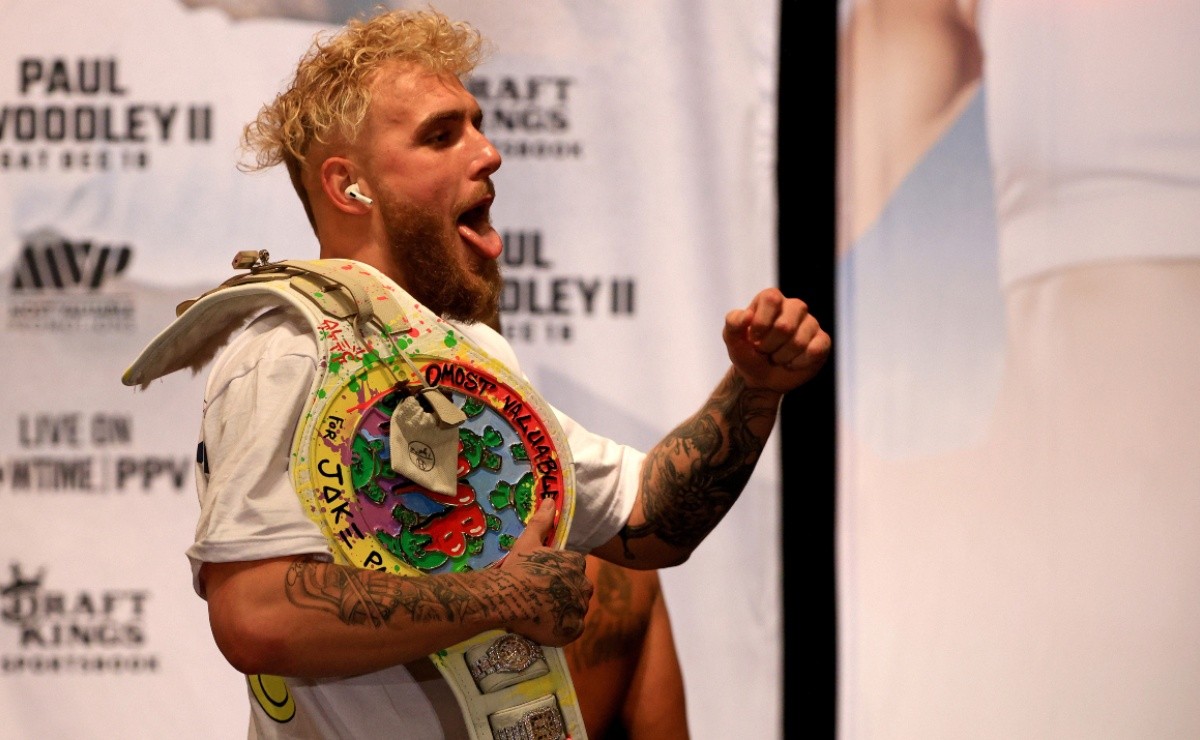 The problem child started 2022 on fire: he offered to switch from boxing to mixed martial arts, to take on a leading Octagon fighter, if UFC president Dana White responded to multiple requests.

It seems that Boxing is over for Jacques Paul. After hitting a 5-0-0 record, he wants to continue to be linked in combat but not in a ring. In fact, he started a revolution on Twitter to take the first step towards his new goal, and his first target was UFC President, Dana White.

The problem child has already written a few chapters of his fight history with Mixed martial arts as co-stars. His third professional boxing clash was against Ben askren, a former UFC warrior. The result was a quick first round victory for the Youtuber as well.

Then his fourth and fifth fights were with Tyron woodley, one of the UFC’s greatest welterweight champions. In the first fight, Jake Paul suffered to win by split decision, but, in the second, his power appeared and made T-Wood fall asleep in turn 6. Could it have the same efficiency in an octagon?

On Twitter, where he has 4 million followers, The problem child publicly offered Dana White to retire from boxing to jump into the UFC Octagon, but first he asked White to meet some economic demands that could improve working conditions for mixed martial artists .

“Increase the minimum wage for fighters per fight to $ 50,000 (now $ 12,000); guarantee UFC fighters 50% of annual UFC income ($ 1 billion in 2021); providing long-term health care for all fighters (you said brain damage was part of the gig … imagine the NFL said so. Many UFC alumni have publicly stated that they suffered from brain damage.Paul said on Twitter.

Additionally, Jake Paul has set a deadline for Dana White to accept applications. Having received a positive response, Paul would agree to officially join the UFC and, moreover, would agree to fight the welterweight contender. Jorge masvidal.

UFC President received the problem Childmessage from on social media, and he didn’t wait long to respond. Unfortunately for Jake Paul, it looks like the “negotiation” he proposed to get into the UFC world didn’t just start out the right way – he received a public challenge as well.

Regarding Paul’s requests, Dana replied: “No one on earth thinks you really wrote this: you are too stupid. Your manager was an accountant for me and I think he’s a bastard. But if you think you can do better than us, then knock yourself out, start your own business. It is easy to do. You need to focus on your business. You cannot sell Pay Per Views. You call Jorge Masvidal because he’s a Pay Per View superstar. Diaz, McGregor, Tyson: they’re all superstars, you’re not. Do whatever you want to do.“