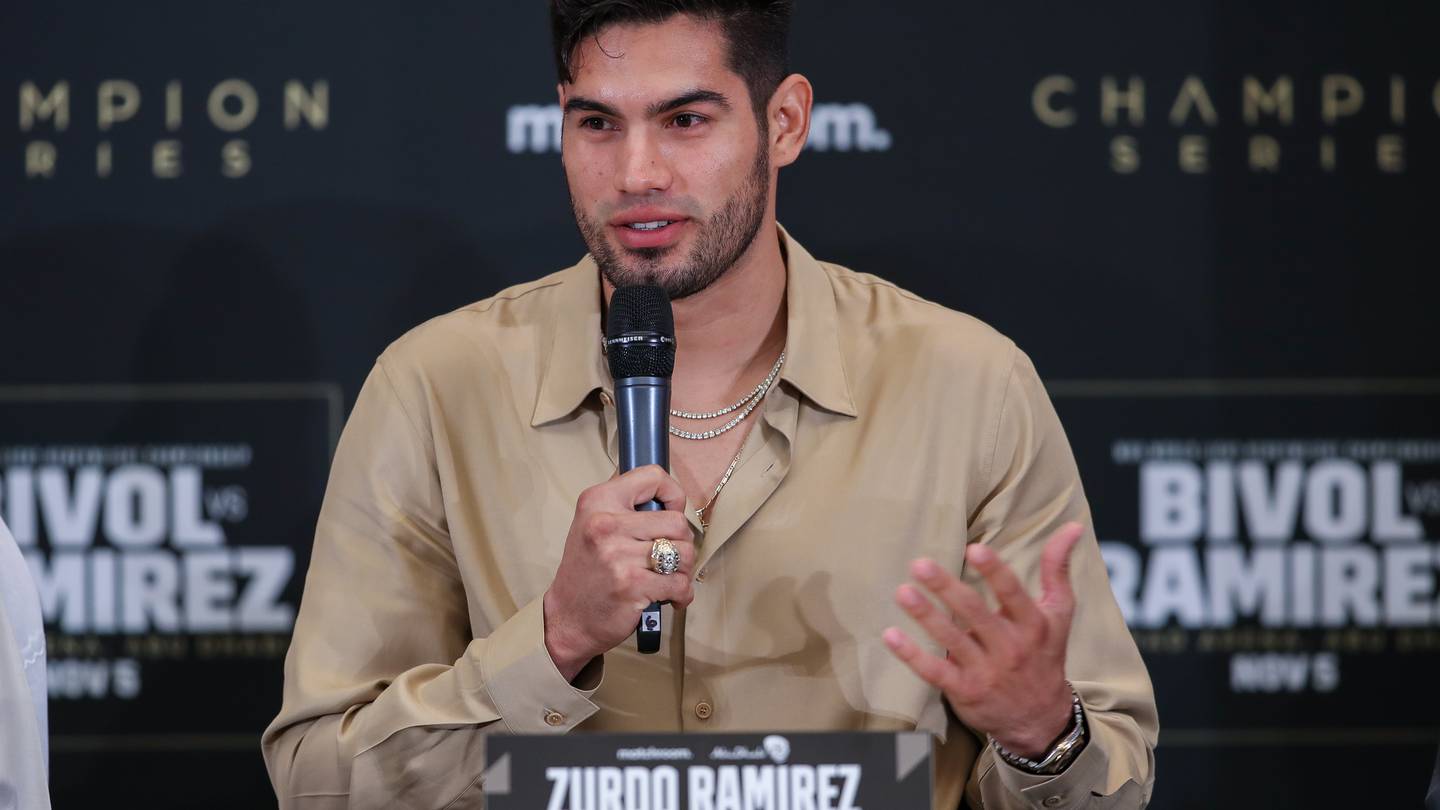 Gilberto “Zurdo” Ramirez is confident he will leave Abu Dhabi in November as a two-time world champion, saying he is “prepared for anything” thrown at him by WBA light heavyweight titleholder Dmitry Bivol.

Ramirez, the former WBO super middleweight champion, faces arguably his biggest test yet on November 5, when he takes on Bivol in the main event bout at the Etihad Arena.

The fight night, announced last month, marks the first “Champions Series” event of the recently signed agreement between the Department of Culture and Tourism – Abu Dhabi and Matchroom Boxing.

Undefeated in 44 professional fights, Ramirez represents the WBA’s mandatory challenger at light heavyweight after winning all five of his fights since jumping up to 175 pounds in 2019. All five wins have come by way of knockout.

The Mexican, 31, last beat Dominic Boesel in May and is now putting his unbeaten record on the line against fellow unbeaten Bivol. Russia’s Bivol sits at 20-0, with May’s dominating points win over Saul “Canelo” Alvarez the eighth successful defense of his WBA crown.

When asked if November 5 was therefore ranked as the biggest challenge of his professional career, Ramirez said The National“I don’t think it’s the biggest one. I’ve been fighting with the best fighters for a long time, but in the end it’s a good challenge.

Dmitry Bivol celebrates after his unanimous decision win over Saul ‘Canelo’ Alvarez after their WBA light heavyweight title fight at T-Mobile Arena in Las Vegas, Nevada. All images by AFP

” That’s what I want. I want the belt. It’s great for me and it’s great for boxing to have this high level fight and for people to look forward to it.

“Bivol is a very good challenge. And I like that because I’m a man of challenge. I can’t wait to get the title, to become double world champion. And I will get it. That’s for sure.”

Bivol, 31, is considered by many to be among the top 10 pound-for-pound fighters in men’s boxing. He’s held the WBA belt since November 2017 and enters the Ramirez clash full of confidence following the unanimous decision win over Alvarez in Las Vegas four months ago.

Bivol is considered the favorite against Ramirez, although he said The National last month that he is wary of the risk of facing the physically larger southpaw.

On the Bivol threat, Ramirez said, “I’m ready for anything. I am ready to bring everything, to bring all my skills, to put them in the ring. The winner will be the people of Abu Dhabi.

Ramirez, who held the WBO super middleweight title between 2016 and 2019, said the opportunity to avenge Bivol’s loss to compatriot Alvarez provided another layer of motivation, but added: “I want to do it. also for my country, for all the fans.

As for what the Nov. 5 win would do for his position in the sport going forward, Ramirez said: “It means everything to me because it proves that I can do it myself. It’s the challenge I’ve been looking for all my life, that I can do whatever I think, whatever I dream, and achieve it.”